Where did the term Swan Song come from? In all likelihood, from the last song cycle by Franz Schubert, which… is not actually a cycle. It is a collection of 14 works on poems by three German poets - Ludwig Rellstab, Heinrich Heine and Johann Gabriel Seidl, which publisher Tobias Haslinger published after the composer's death and named Schwanengesang. Perhaps Haslinger wanted to draw attention to his new edition by trying to convince the audience that this was the last work Schubert left to this world. These details, however, are of greater concern to musicologists rather than to admirers of the art song, who will be captivated by the exceptional mastery of baritone Alec Avesisian, a soloist at the opera house in Innsbruck, Austria and an unprecedented winner in numerous vocal competitions. Accompanied by pianist Veneta Neynska, Alec will lead the audience through the famous Schubert melodies with their sensuous beauty and emotional diversity. 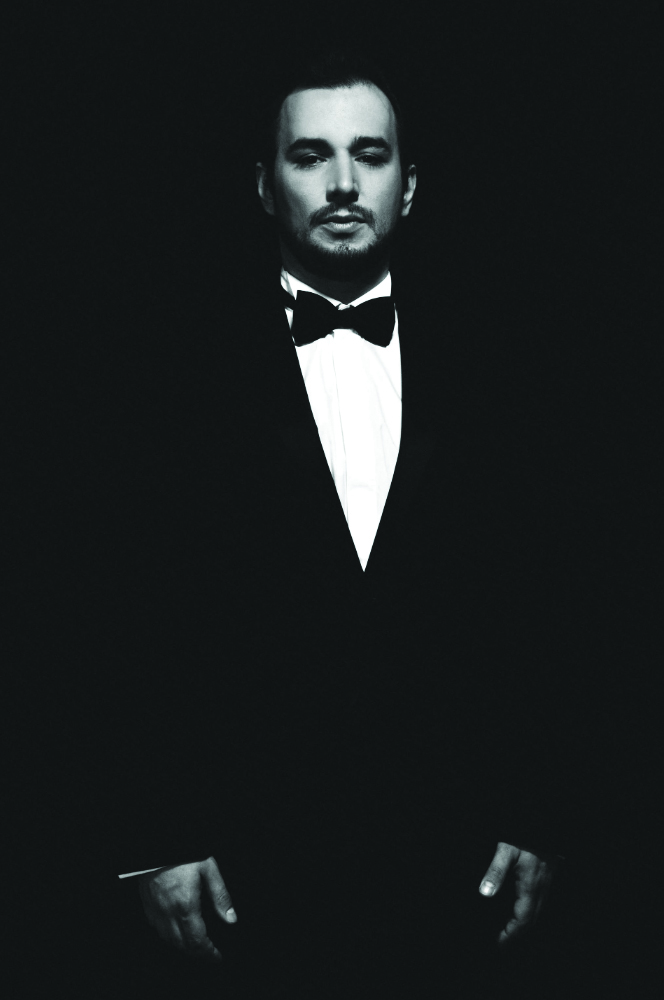 Alexandrina Milcheva takes a significant part in the formation of his professional development.
Later on, Alec Avedissian works as well with the italian bass Roberto Scandiuzzi.

Being member of the Centre National d´Artistes Lyriques Marseille (CNIPAL) he participates in a number of master classes working with the renowned artists Sona Ghazarian, Anna Tomowa-Sintow, Tom Krause and with Dame Kiri te Kanawa and Federica von Stade at the Sir George Solti Academy.

In France, he presents himself in a number of aria concerts with French, Russian and German operas at the houses of Toulouse, Marseille, Toulon and Avignon.

He makes his debut in a concert at the Festival de Radio France in Montpellier.


He forms a voice-piano duo with one of the prominent bulgarian pianists Rujka Charakchieva and together they perform in numerous recitals at the important music festivals in Bulgaria. They have several recordings for the Bulgarian National Radio.

In opera, Alec Avedissian was first heard in Bulgaria with roles of Dr.Malatesta (DON PASQUALE) and Belcore
(L´ELISIR D´AMORE).
Guest appearances lead him to the Opera de Montpellier as Montano (OTELLO)
(conductor: Lawrence Foster), Fiorello (IL BARBIERE DI SIVIGLIA) with the Ensemble Matheus under Jean-Christophe Spinosi to Toulouse and Brest and as Schaunard (LA BOHEME) to Saint-Etienne.

Alec Avedissian enjoys a great success as Belcore in L'elisir d'amore, a production of Vera Nemirova at the Sofia Opera and Ballet.

He sings the part of Count Almaviva at the Summer Opera Festival in Rheinsberg in 2012 in a new production of LE NOZZE DI FIGARO in a staging of Marco Arturo Marelli and conducted by Michael Helmrath.

Season 2013-2014 is marked by winning the third prize at the International Opera Competition in Spoleto, Italy where he makes his debut in the role of Don Alfonso in Cosi fan tutte by W. A. Mozart.

Alec Avedissian wins the award for best young performer “Crystal lyre” 2013 of the Union of Bulgarian musicians and dancers.

The same season is his debut in the role of Lescaut in Manon by Massenet at Malmo Opera, Sweden; director-Renaud Doucet and conductor- Leif Segerstam.

Alec Avedissian appears successfully in the role of Dandini in La Cenerentola by Rossini at Sofia Opera and Ballet in March 2014.

In season 2015-2016 he participates at Mix Festival Cortona in the role of Dandini in La Cenerentola with Orchestra della Toscana. He makes his debut in the role of Papageno in Die Zauberflöte by W.A.Mozart at the Mozart music festival in Pravetz, Bulgaria. In September 2015 he performs at the season of Teatro Lirico Sperimentale in the opera Christmas eve by the composer Andrea Cera and production of Ricci/Forte.

Among his engagements are the roles of Dandini with ORT in Florence at Teatro Verdi in February 2016 and Eugene Onegin in the new production of Sofia Opera and Ballet in April 2016.

In the season 2016-2017 Mr. Avedissian joined the ensemble of Tiroler Landestheater-Innsbruck, Austria. 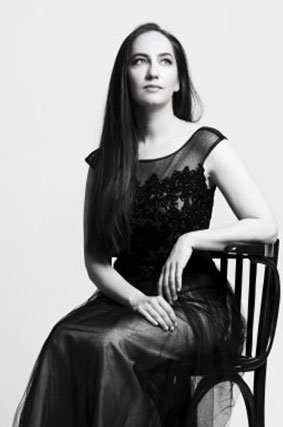 The richness of keyboard nuances born under Veneta Neynska's fingers and her infinite love for music, turn each one of her performance in a celebration of mastery and finesse. She has graduated from the National School of Music in the class of Lyubov Shisheva. Afterwards, she has travelled to the US and received a Bachelor's Degree in the studio of world-renowned pianist John Perry at USC Thorton School of Music. A full scholarship and the opportunity to study with Joan Havill took her to London and the Guildhall School of Music and Drama where she received her Master's Degree. Meanwhile, Veneta participated in the Masterclasses by Imogen Cooper, Alexei Nasedkin, Jerome Lowenthal, and Dominique Merlet. Today, she is also the Artistic Director of Modo Bulgaria.

or at the door on 5, Oborishte Street / Gallery for Contemporary Art